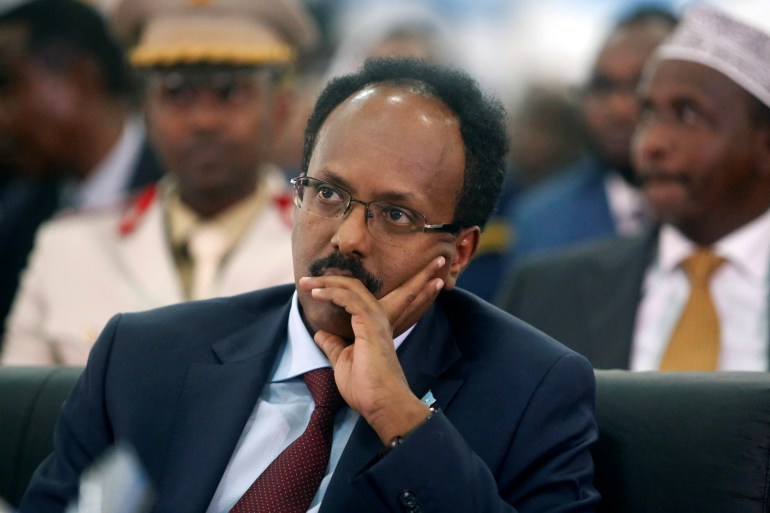 Somalia has blamed “external forces” over the failure to secure an elections deal.

Through a statement by the Ministry of Foreign Affairs on February 20, Somalia said despite the agreement and the federal government’s willingness to address concerns raised, “the influence of external forces has remained an obstacle to finalising the agreement to pave way for the election”.

It, however, acknowledged the need to finalise the remaining issues regarding the political agreement of September 17 and resolve all issues peacefully through dialogue.

Federal government further accused opposition candidates of pursuing a path of “illegality” and “armed insurrection disguised as a peaceful demonstration”.

The United Nations, the European Union, the African Union and Igad have raised concerns about the electoral stalemate in Somalia and condemned the violence in Mogadishu.

AU Commission chairman Moussa Faki on Friday expressed concern over the deteriorating security and political situation in Mogadishu, which he said puts at risk all the gains made in Somalia in the last decade.

In a statement, Faki also condemned all forms of violence in Somalia and called on Somali stakeholders to refrain from acts that might jeopardise peace and security in the country.

Reacting to the statement, High Representative of the EU for Foreign Affairs and Security Policy Josep Borrell Fontelles tweeted,“Full support to @AUC_MoussaFaki statement on the deteriorating situation in Mogadishu. The people of #Somalia deserve full dedication of their leaders to their safety and wellbeing. Joining the call for dialogue and restraint from any unilateral measures.”

The UN in Somalia says it is deeply concerned by armed clashes in Mogadishu overnight and on Friday morning.

In a statement on Friday, the UN Somalia called for calm and restraint by all parties involved, and urged that open lines of communication be maintained to help reduce tensions.

Igad also warned that the continued impasse over the upcoming elections and the emerging pre-election violence increases the risks of instability and threatens to erode all the gains made in the peace and state-building processes; and in the fight against terrorism.

IGAD executive secretary Workneh Gebeyehu on Friday  urged all the political leaders to seek consensus on all outstanding issues.

“IGAD will continue to engage all political leaders and other stakeholders on this path,” Gebeyehu said.

But Somalia said some of the statements were “misinformed and misleading”, and at times “appear to be supporting insurrection”.

The federal government of Somalia and opposition figures are in a stalemate over the election model.

The opposition organized protests on Friday that were disrupted by shooting by government forces.

Earlier on Thursday night, there was a heavy exchange of gunfire in Mogadishu.

President Mohamed Farmaajo, whose term ended on February 8, termed the protests “insurrection” in a statement on Friday.

Election talks ended without a deal in Dhusamareb town earlier this month after President Farmaajo and regional leaders disagreed over election management. Farmaajo called for a follow up meeting in Mogadishu from February 18-19, which did not take place.

Somalia international partners have sustained pressure on the country’s leaders to find consensus on electoral implementation as an urgent matter of national interest.

UN in Somalia raises concerns over armed clashes in Mogadishu