YouTuber Kabi Wajesus confirms he sired a child with his cousin

Kenya and Tanzania to eliminate barriers to trade, movement of people

External observer mission neither essential nor necessary, Ethiopia fires back at EU

Echesa said the Luhya community should support one of their own for President and promised to support Mudavadi. Echesa has been Ruto’s lieutenant in Western, and claimed his support for the DP was the reason he was fired.

“I cannot be a supporter of another person. If anyone wants, he or she should come and sit with Musalia [Mudavadi] together with us so that we can form government together,” he said on Saturday. 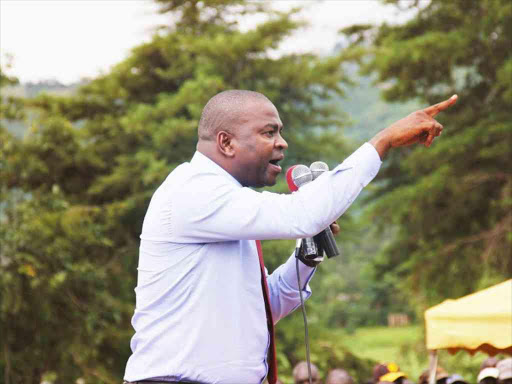 He spoke at the funeral of Jascah Afandi at Mung’ang’a village in Mumias East.

Echesa said, “I have been in this government and even if I am not in it now I know what is being planned”.

“I am ready to use anything to ensure that a Luhya is president of this country but I want Musalia to be more aggressive. If it means being a gentleman, you have been enough. Now stamp your feet on the ground.”

Mudavadi tweeted, “ANC Party is for all Kenyans! Come, let’s work together. Welcome on board brother Rashid Echesa.”

The Brief is a digital media committed towards bringing you comprehensive news and briefings from Kenya, the region and the world. Made up of relentless and experienced new writers, social media handlers and IT personnel we deliver fresh contnet throught out the day to keep you up to date on all happening.